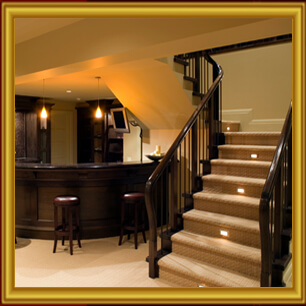 According to Brihatsamhita the owner of the house should ensure safety of the middle portion of the house called Brahmasthan. If he wants prosperity he should not throw used eatables etc.on the Brahmasthan. Constructions done on the Brahamsthan and on the Vital points (to be explained later) may draw the destructive powers to the house. These constructions are as a result of the attempts to make basements in an improper manner.

Ascertain the total units of the Vastu Purusha (land) andalso ascertain the deities of all the units.Place a thread from the deity named Roga to Anil, Pitri to Shikhi, Vitath to Shosh, Mukhya to Bhrish, Jayant to Bhring and from Aditi to Sugriv of the Vastupurush. Thread is called Sutra. The points of intersection of these threads are called most vital points (Marm sthan)of the Vastu Purusha. The construction, door, place of cows, nail, pllar etc. on the vital points creates pains to the owner of the house at the same places of his body where these vital points are intersected.

Similarly at the time of construction of basement the piercing at any of the six body parts that is mouth, heart, naval, head and both the nipples of the Vastu Purusha creates the unfavourable effects.