Come out from the strong bolts of stagnation

Come out from the strong bolts of stagnation

Vastu is a Vedic science. It is possible through this powerful science to bring ray of hope to the darkness of ill luck in life. Unfortunately, some misconcepts are there regarding this science. Vastu is the art of incorporating the rules of Vedas in the construction. It is a surprising fact but true that the construction on a plot can control the life systems. 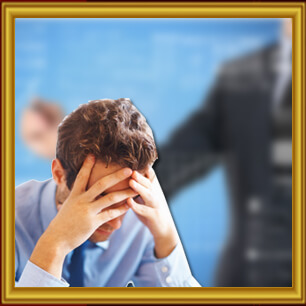 It is in practice that builders would not follow the Vastu rules in the commercial constructions. They feel no fear in violating Vastu rules. The minimum period required for a construction is 1 year and in care of multistory building it could be 2-3 years. Any violation in Vastu rules result in the down fall of the builder in 6 months whereas an honest attitude towards Vastu Purusha and Vastu Shanti rules can bring happiness and prosperity in the life of the builder within an year.

If the energy pattern of the Vastu Purush is saved at the initial stages of the construction of a commercial complex, then the further construction runs smoothly. If the construction begins from the north east or the Ishaan and moves towards south, it would be result in innumerable problems whereas if construction starts from south and moves towards the north i.e. Ishaan angel is saved till the last, then not only the project would complete in scheduled time but the fiancés would be available in ample. The direction for prosperity is north. Every precaution should be taken to protect the energy channels of the north from getting disturbed. The doors of the north should be as per the ‘Dwar Yojna’ of Vastu and the construction in the south should be heavy in comparison to north to ensure prosperity and a respectable position in the society. One of the major problems in south and west facing plots in that a certain set back has to be left as per the government rules. In this case the builder should sacrifice some land to protect the ‘Ishaan’ angle or the north direction of the plot. If the setback of north and south remains equal in measurement, the results could be extraordinarily good. It is convenient to take such precautions in commercial plots as compared to residential because of the big area of the former.

Each direction has one or two auspicious doors as prescribed by the Vastu rules. The question arises in cases of normal shops with about 10-15ft widths where more than 4 doors are present. With one auspicious door one has to accept an inauspicious door also. The remedy to this is to close the front completely and get one auspicious small door or gate.

In commercial complexes any construction on the vital parts of the Vastu Purush as column wall, door, window etc. would confine or cease the success and prosperity. If vital parts of Vastu Purusha are saved there could be a surprising hike in business, and peace in family life.

The main doors in a commercial complex should be marked before the construction and symbolic doors should be left to get the benefits from the deity of that door. Door in acute north-west or Vayava brings death or imprisonment, door in southwest brings losses and court cases, door in south east or Agni brings problems related to children whereas door North east or Ishaan bring fire accidents. If these doors are not constructed then problems related to these sectors will never come. If there is no door in the northwest direction or between the west and north west or Vayavya then there would be no fear from government or loaning agencies.

Disputed lands generally have extension either in Southwest or have a door here. This small Vastu defect even if it is of a few inches extension if removed can and various problems of the owner and can infuse a new energy in his life. The centre of the plot should be saved from foundation of staircase etc. A decorated door in the acute north will not only bring prosperity in your life but will also make you three generations successful.

In big commercial complexes heavy constructions should be in south and west as compared to North and East to ensure prosperity, control of the society. For immense prosperity in a commercial complex, apart from simple Vastu remedies at least two auspicious doors (amongst Bhallat, Jayant, Varun and Grihishat) should be there. As per the texts south is the most powerful part of a plot.

The standards given by Varahmihir for the places can be now applied on big commercial complexes. If we follow the principles of constructions as had been implemented in the palaces, we have to come out of our greed and restrict ourselves in North facing cited in south building restricted upto 20% of the total plot area, astonishing results could be achieved within stipulated time of 3-5 years.